If we can look from the perspective of karmic cycles we can gain an understanding about what is now happening in the United States. We may also see clues about what to anticipate in the months and years ahead. If we can recognize the parallels between what happened in the past and what is happening now we can learn much more quickly and easily the lessons that are being brought to us.

To try to exemplify what is being suggested, let’s look at part of the cyclic karma of the United States through a lens most of us, including myself, donâ€™t ordinarily use. This is through an astrological perspective.

I know this isn’t familiar to many of you, but I do encourage you to attempt to understand this.

When I was meditating on the karmic cycles of the United States I was directed to the idea that through this approach we can see the playing out of karmic cycles that shaped and continue to shape the past manifestation and impending future of this country and the world.

There are 3 planets we will be looking at…

I will attempt to explain this as simply and briefly as possible to reveal what cycles are in play for the United States. There are 3 planets that we will be looking at. The planets are Uranus, Neptune and the dwarf planet Pluto. In western astrology, these are the planets normally associated with transformation.

As the planets move in these long orbits they move through different quadrants of space.

Think of this, the 3 wars that the United States has fought in that had they lost would have ended the nation – all occurred with Uranus in Gemini.

Guess which sign Uranus was in during the Revolutionary War, the Declaration of Independence and the beginning of the United States Gemini.

The next time Uranus cycled back into Gemini what happened? The American Civil War

The next time Uranus cycled back into Gemini what happened? America fought in World War 2.

The next time Uranus cycled back into Gemini what happened? We shall see, it starts in 2025.

Observing the movements of the planets through space from our place on earth it appears that the planets are moving through a succession of areas of space highlighted by different astrological constellations. These areas are often called signs.

Pluto was in the sign of Aquarius during the Revolutionary War and beyond that into the establishing of the Constitution of the United States and the Republic (modeled after the Roman system) which we still operate under. (Pluto was also in Aquarius during the French revolution that started the unravelling of the monarchies of continental Europe). Pluto cycles into the sign of Aquarius in 2023. 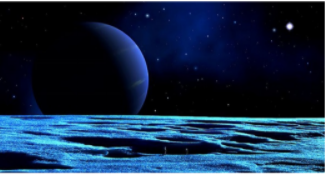 The last time Neptune was in Pisces was from the years 1847 and into the second year of the Civil War 1862. During this time…

In Europe, Famine, worst in Ireland, killed over a million and a half people and led to another million leaving for the new world.

This helped to precipitate The Revolutions of 1848, which led to rebellions in approximately 50 different countries, The French Second Republic was established, serfdom was ended in Austria and Hungary, the end of absolute monarchy came in Denmark, the Netherlands became democratic, the Germanic states came together in what would later become the German empire, the Italian city states went to war against the rule of the Austrian Empire, many people died and many were exiled.

Karl Marx wrote the Communist Manifesto, Soren Kierkegaard wrote about what is often considered the beginning of existentialism, and Charles Darwin wrote The Origin Of The Species bringing forward the theory of evolution.

In the Middle East, the Bab and Baha’ullah brought forward the most universally accepting of all religions, Bahaism, even as thousands of followers were martyred by the Muslims.

The abolitionist movement started along with the underground railroad and the national struggle over slavery consumed the country.

Does this sound like the extraordinary state of affairs in our world today?

We have our pandemic, they had their famine. We have our movement toward greater fairness and equality and they had theirs also. I am reminded of the famous line from Charles Dickens, written in 1859, near the end of the last cycle of Neptune in Pisces, “it was the best of times, it was the worst of timesâ€. So many wonderful and awful things happened in the last period of Neptune in Pisces. The same seems to be true now.

I hope this brief exploration of cycles opens up a deeper way of sensing and working with karma for you. The lessons for countries, states, cultures, races, religions, sects, tribes, clans, families, etc. are very much the same as those for us as individuals. The more one can see this the more one can find freedom in the midst of all circumstances.

About the Author: Alisha Das